Top 10 Qualities Of Effective Teachers: #4: Motivate And Inspire Others Toward Mutual Goals

Our teachers at Shady Oak are committed to effectiveness. Parents—the first and most consistent teachers their children know—can cultivate like qualities in themselves.

Mediocre teachers can’t see past “getting by”; they focus almost exclusively on their own “survival.” Star teachers not only appreciate the value of larger goals; they’re enthusiastic about those goals and want to share the work and the rewards.

If you’re part of a team assigned to fulfill a goal (or if you’re trying to drum up support for a goal you originated), the ability to motivate and inspire others is crucial.

Here are some hints for radiating contagious enthusiasm:

Keep Yourself in Top Condition

When you’re newly enthusiastic about a goal, the idea that you might burn out before it’s achieved seems outrageous. But worthwhile goals can take months to accomplish, and the energy of initial enthusiasm can sustain you only so long. Staying in good physical health (and that does include taking breaks from working toward the goal) is vital to keeping your enthusiasm alive.

You can remember the key practices of good health with the acronym SPARE: 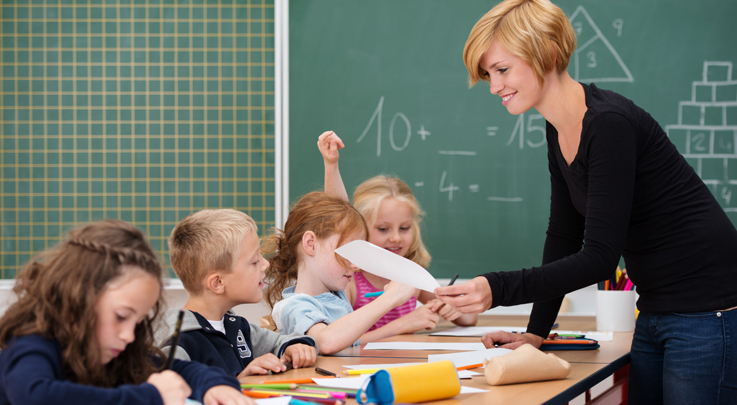 Seriously. Even when you disagree with them, never think of them as stubborn cases to be bullied into seeing things the “obvious” (i. e., your) way. Look for traits you can appreciate. Let others talk about their families and hobbies. Not everyone need become a best friend, but you’ll work better together—and others will be far more likely to find you a motivating person—if you can at least see everyone as an interesting individual with good intentions.

Let Others Feel the Idea Is Theirs

To paraphrase an old saying, the greatest goals are accomplished when no one is worrying about getting their share of the credit. It’ll probably happen sooner or later that someone pounces on an idea of yours and presents it as their own—so what? If the idea benefits all, you’ve got nothing to lose except a little pride. Why hamper the implementation of a good idea by sidetracking into an argument about who had it first?

The other party may even genuinely believe the idea was theirs—so what, again? You’ve got one more person motivated to go the second mile for the goal, now that pride of ownership is a factor. The aim is mutual benefit first of all—remember that, and you’ll preserve your own motivation.