THE WORLD OF HYGGE: BRINGING COZINESS INTO YOUR HOLIDAYS

If “hygge” (roughly pronounced HOO-guh) sounds like a word from another language—it is. It’s Danish, and one of those words that have gained popularity without changing their original form because of connotations that are impossible to translate in fewer than a dozen words. Derived from older Scandinavian and Germanic words for “think” or “consider,” hygge means, to both Danes and Americans, a sense of joyful coziness and cheer that can only be found in small (usually family) gatherings where everyone feels an equal part of the group spirit. If the atmosphere just outside is cold and dark and bleak (as it generally is in Denmark in December)—so much the better, as it only strengthens the coziness and warmth and light by contrast.

For those of us living in southeast Texas, winter rarely gets bleaker than sunset at 5 p.m., temperatures in the high thirties Fahrenheit, and one in five trees going completely bare. But that doesn’t make it impossible to bring a little hygge into our winters.

Turn down the heater and snuggle under a real comforter or quilt, by night or by day. Get a cheerfully decorated comforter for the best sense of coziness.

Make a favorite soup or hot drink on the stove, rather than always heating everything in the microwave. Stovetop-warmed treats create the best and longest-lasting aroma. 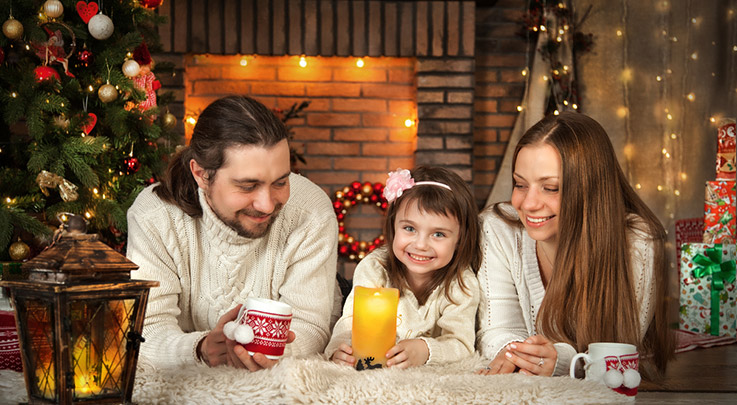 Share a home-cooked hot meal. Let the whole family help make it. It doesn’t have to be elaborate to the point of exhaustion—indeed, simplicity is best suited to the spirit of hygge. Find one basic from-scratch recipe (chocolate cake, cornbread, vegetable soup, or something you loved making as a kid) and make it the focal point of the meal; the side dishes can be as out-of-a-can as you like, so long as they’re served on attractive dishes.

Light a candle. In these days of fire-hazards awareness, even the traditional Hanukkah menorah is turning to electric candles—but if you’re careful about keeping inflammable materials away and not leaving candles unattended, there’s no reason you shouldn’t enjoy a real flickering-flame light at the family dinner table or in your living room. Scented candles are popular, tall ones are elegant—but even a squat white candle conveys a sense of personalized comfort you can’t get from electric illumination. Turn off all other lights to appreciate the full effect. 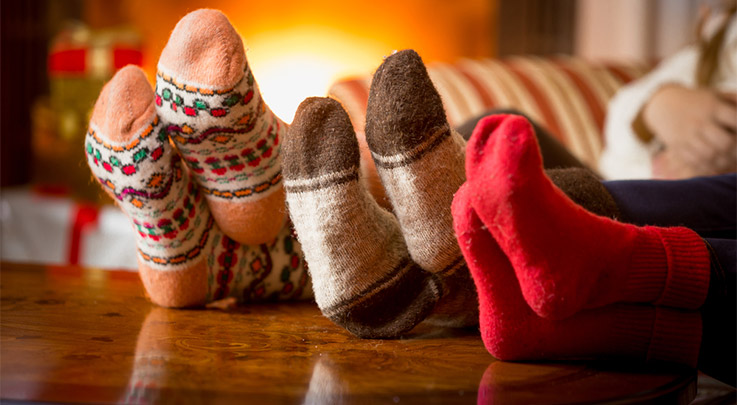 Snuggle together. Hygge isn’t hygge without good company. Seat your whole family around the fireplace or Christmas tree (if you can share seats and blanket wraps, all the better); bring out some cookies and hot drinks; and tell stories or sing songs. However dark it gets outside, the spirit of cheer will rule inside!