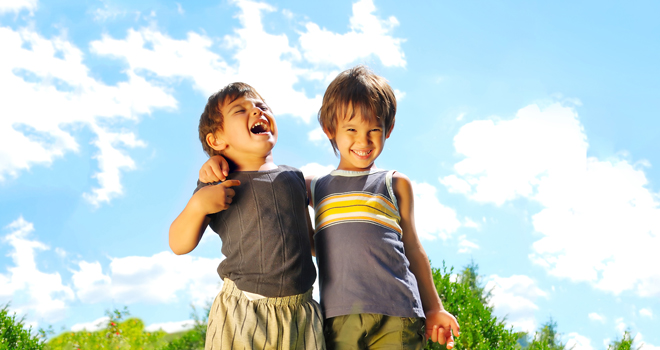 “You two stop that arguing,” the father told his squabbling teenagers.

“I’m not arguing,” protested one. “My brother is!”

Would that more people outgrew that attitude! Be it two neighbors at odds over how much noise is too much; two coworkers both feeling they deserve the same promotion; two online commentators (or two lawmakers) with different opinions on what’s best for society; or two countries at war, each side condemns every wrong done by the other, while justifying its own similar actions.

Stubborn self-interest is at the root of conflict. It doesn’t matter whether the point of argument is who got the bigger piece of cake or who has the right to live in the West Bank; conflict escalates to dangerous levels because both sides are too afraid of “losing”—losing face, losing influence, losing material benefit—to sympathize with the other’s position. Dale Carnegie perhaps said it best, decades ago in How to Win Friends and Influence People:

“If you tell [people] they are wrong ... you have struck a direct blow at their intelligence, judgment, pride, and self-respect. ... You may then hurl at them all the logic of a Plato or an Immanuel Kant, but you will not alter their opinions, for you have hurt their feelings. ... It is difficult, under even the most benign conditions, to change people’s minds. So why make it harder?”

Granted, it’s rarely easy, either, to swallow your own pride and remember that the other party also has legitimate rights and concerns. So let’s recall the words of the ancient philosopher:

“Starting a quarrel is like opening a floodgate, so stop before a dispute breaks out” (Proverbs 17:14, New Living Translation of the Bible)

Be considerate of others’ individual quirks. It may seem ridiculous that an acquaintance detests being greeted with a hug or seeing your elbows on the table; but will it violate your deepest values to do things their way in their presence? What’s more important: defending every inch of your personal comfort zone, or respecting someone else’s feelings?

Never contradict anybody—even if you know beyond doubt they are wrong. If the mistake involves some trivial fact such as who first said “Go west, young man,” let it pass. If a correction really is needed (say someone has announced the wrong meeting date to those who will need to be there), keep it low-key (“Actually, I believe the meeting is on Thursday—let’s double-check”).

Always give others the benefit of the doubt. If an annoying remark isn’t important enough to speak up about immediately, it’s not important enough to stew about silently. Nine times out of ten, the other person had no malevolent intent. Assume that’s the case, and let your annoyance go rather than storing it as ammunition for future conflict.

The best-resolved argument is the one that never had a chance to start.