SHOULD YOU REWARD KIDS FOR DOING WELL?

Were you brought up on the “rewards” system? Prove you’re growing up by quitting thumb-sucking, and we’ll buy you that scooter you want. Eat your vegetables without grumbling, and you’ll get extra dessert. Get straight A’s in school, and we’ll take you on a trip.

This approach has fallen out of favor, which is just as well: it smacks of bribery and encourages toxic “what’s in it for me” thinking. Unfortunately, the “reward” system has largely been replaced by the “indulge” system, where kids get scooters and banana splits in exchange for simply demanding them. At least the “reward” system requires some responsibility on the receiver’s part. 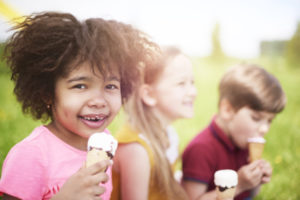 Regardless, if you want your own children to break bad habits, work without complaining, and do their best in school—and if they’re showing limited enthusiasm for doing all that simply to please you—are there better motivators than straight bribery-rewards?

Make Any Reward a Logical Return on Investment

If an achievement is big enough to celebrate, the celebration should have some connection to the achievement—and proportionate value. A child who has passed a growing-up milestone can be made “guest of honor” at the family dinner table to commemorate shared pride, and given a new book or game he’s now “old enough for.” However, spending $80 on a fancy scooter to reward the simple cessation of thumb-sucking (which children eventually outgrow on their own) is more than the situation warrants (especially since many children return to such habits a few times before outgrowing them completely).

Of course you’ll want to celebrate if your child wins the track meet or becomes school valedictorian. However, avoid making “I’ll get you this if you win” promises while the outcome is still in doubt. That says first place is all that counts, even a narrow second place is shameful, and all you care about is stoking your own ego by having a champion in the family. Focus on effort, not results: leave official trophies to the official judges. Plan a post-event dinner just to celebrate your child’s willingness to participate and finish, and don’t let it matter whether she finishes first or fortieth. 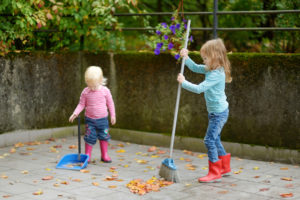 Let Achievement Be Its Own Reward

Too many people forget early that life isn’t meant to be lived just for “doing what needs doing.” Their last major achievement for its own sake comes around age seven when they learn to swim or ride a bike. Then they spend the rest of their lives working for the mundane “rewards” of high grades, paychecks, and promotions—all gained by doing what somebody else admires, no thought given to their own deeper dreams and goals. Don’t let this happen to your children. Set an example of taking pride even in routine chores. Encourage them to dream big, to live self-made lives of ever-expanding horizons. When they plan for goals they know in their hearts they were made for, you won’t have to promise them a thing for meeting those goals—the very concept of doing it for material “rewards” will become ridiculous. They’ll be making the world a better place by doing what they love, and all material recompense will pale by comparison.