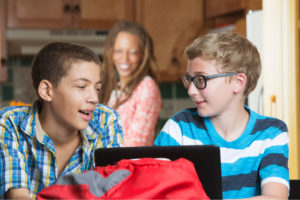 One parent of teenagers wrote to an advice columnist, “I want my kids to feel I am their friend, but I can’t get used to the way they and their peers treat me like a waiter, expecting me to pick up after them and fetch them a soda whenever they snap their fingers.”

The columnist’s response: “If you were serious about the role of parent, you wouldn’t have to get used to such behavior, because you’d be enforcing rules against it. Why don’t you, as your children seem to have other friends anyway?” 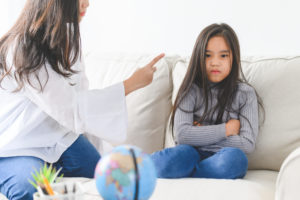 Cynical? Maybe. Still, teenagers arrested for sociopathic behavior often do have loving and devoted parents—but parents who left out one crucial element in the traditional meaning of “parenting”: mature guidance combined with final authority, willingness to say a firm “no” when the situation calls for it.

The problem likely started when society became concerned about equal rights and self-esteem for all—including children. Certainly, the general principle is desirable: allowing even preschoolers to contribute input to issues that concern them, rather than treating them as completely lacking capacity for intelligent judgment. But too many parents let that healthy ideal morph into something toxic, by lumping all forms of “suppressing” children together and assuming that anything must be bad for the kids if it results in even momentary frustration.

The automatic next step—letting kids do whatever they want, and giving them whatever they demand—isn’t only irresponsible parenting, it’s a poor standard for friendship. Remember the slogan, “Friends don’t let friends drive drunk”? Peer or parent, a real friend wants what’s truly best for the other party. And does whatever he can to ensure the other party gets what’s best, even if the price is temporary resentment.

If you want to be an effective parent and a good friend to your children, here are the basic Do’s and Don’ts for achieving that goal.

DO listen to and consider your children’s opinions, even when you can’t agree with them. A crucial element of friendship is respecting someone enough to acknowledge their right to an opinion.

DO make the setting of household rules a shared family activity where everyone contributes. DON’T even consider going without rules altogether: the inevitable alternative is either tyranny (with “rules” often changing at the head-of-the-household’s whim) or anarchy.

DO have fun together—and DO give the kids their fair turns at deciding what (and when) to play.

DON’T try to “protect” your children from all frustration. Trial-and-error challenges, and the stretching of comfort zones, are what help children grow into strong, effective individuals. Short-circuiting the process (by discouraging new endeavors or stepping in to “solve” problems), ultimately leads to more frustration, as children never learn the joys of hard-won triumph or the necessity of accepting occasional disappointment.

DON’T be swayed by tears (whether violent or heartbreakingly low-key) into compromising a decision made in sound judgment. Changed decisions should come only from well-reasoned arguments (that include previously unconsidered evidence) or changed circumstances.

There’s another old saying, “Someday you’ll thank me for being strict today.” Often, that’s true—and when it happens, you’ll know you’ve been a real friend to your children by giving them a priceless legacy!