How to End Bad Behavior by Encouraging Good

Nearly everyone has heard it by now: focusing on what you don’t like only increases the power of the negative. And yet most of us—perhaps especially parents—continue to take the good for granted and make an issue out of whatever we dislike. Maybe it’s human nature to feel we’re entitled to perpetual freedom from frustration and the rest of the world had better wise up to that.

Regardless, we all have to learn sooner or later that changing our habits is less work than trying to change the unchangeable. But when it comes to changing others’ behavior, we work from an in-between point: even when people are barely out of diapers, we can’t make them do what they’re determined not to do. However, we can influence others to change, and the secret is putting the focus on what we want and not on what we don’t want. 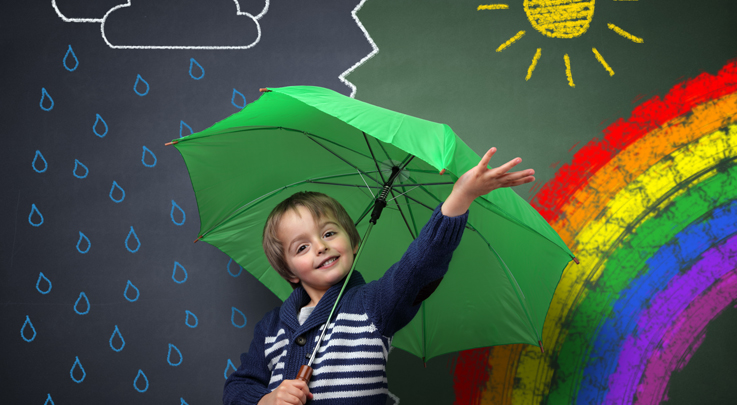 In many cases the child who keeps making the same mistake isn’t being willfully defiant; quite the opposite, he wants very much to please and is trying so hard to avoid the same old error he’s virtually compelled to return to it. As with the plank-walker who first freezes and then falls after looking down, fear of "the worst" effectively causes the disaster it was desperate to avoid.

This most commonly happens with cases of recurrent "clumsiness" or "carelessness". The first best thing a parent can do is resolve never to hand anyone anything with the admonition "Don’t drop it," an incantation which turns the best fingers to instant butter. Instead, stop at "Could you put this on the table for me, please?," ensuring careful handling through the assumption it will reach the table. And when it does, tell the child you appreciate his being such a help.

(If, in spite of this, a dish does get dropped, hand a cleanup rag to the child without further comment—except to thank him for being a help by cleaning up. No matter how annoyed you feel, focusing on the mess only increases the odds of its happening again.)

Unfortunately, not all unwanted behavior is due to honest mistakes. Children are only human, and we all have cranky, irritable, defiant, "why should I do this if I don’t want to?" moments.

Responding with anger will only reinforce both the specific misbehavior and the idea that the way to settle disagreements is through all-out battle. Instead, dismiss the child to time-out in a few firm words, without attacking her character or lecturing on how she owes you respect. (Note: letting her decide for herself when she’s ready to return, instead of dictating "until I say you can come out," is amazingly effective in encouraging cooperation.) Then, make sure to catch her doing something good within the hour.

In fact, make a habit of catching your children doing the right thing at least six times for every reprimand. Besides encouraging better overall behavior, this technique will pay you back a hundredfold when the kids catch the habit and start telling you spontaneously what a wonderful person you are!