Giving Your Kids A Voice In Family Decisions

Whether or not you believe in the occasional “Because I said so,” any child old enough to express opinions deserves to have those opinions at least considered. No one who will be affected by what’s served for dinner, what car you buy, or where the family goes on vacation should be denied some input into the decision.

That’s not to say you should make separate main courses for everyone, or serve chilidogs and ice cream every night because that’s the kids’ favorite menu. But if you presume to tell them everything, down to how their rooms should be decorated and what they should wear, don’t be surprised when one or more of the following problems become chronic in your household:

The parent who usurps all aspects of decision-making sends the message, “I don’t trust you to get anything right,” and kids react either with resentment or by concluding they really don’t know anything.

The best approaches to allowing your kids a say in family decisions are: 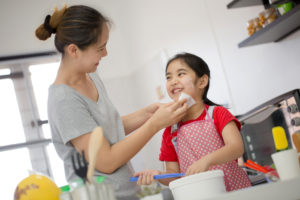 Respect Them and Their Opinions

Don’t ask verbally for their input and then listen with half an ear, already having decided what you’re going to do. Even small children can sense your real attitude. Besides, if you don’t listen to them, you’ll never realize the levels of insight young minds are capable of.

With Younger Children, Offer a Limited Number of Options Where Possible

If you just ask, “What should we have for lunch?” you have only yourself to blame if your three-year-old replies “Candy!” and cries when you explain that’s not an option. Phrasing it as, “Would you like this healthy main course or that one?” not only eliminates such risks while still letting the child feel she has a voice, it ensures she won’t become overwhelmed by the volume of possibilities.

Small children aren’t going to be interested in hearing out a salesperson’s description of the technical features of a car or television. When picking out a family gadget, bring along an extra adult or babysitter to keep the kids entertained (or take them down the street for a hot chocolate) before or after checking their reactions to the options.

Let Them Help With the Work

Don’t just ask what they’d like for dinner: allow them an active role in preparing it. Don’t just ask where they’d like to go on vacation: let them help apportion the budget and shop for supplies. When personally invested in the results, kids are less likely to whine or balk. 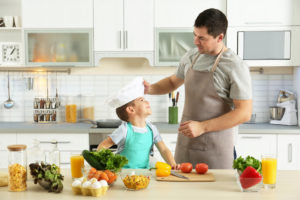 Thank Them When They’ve Helped You Make a Decision

And if they opened your mind to possibilities you wouldn’t have thought of, by all means, say so. Your kids are pretty smart—don’t let them, or yourself, forget it!