It’s a shame that “discipline” has become such a dirty word. Its origins are in the Latin disciplina, which implied instruction and knowledge; and the related word “disciple” still has the positive connotations of willingly learning from an admired example. One suspects “discipline” is intended as a euphemism for “punishment”—there’s something selfish in the latter, an “I’m going to hurt you bad for crossing me” implication. By calling it “discipline,” we can feel better about ourselves by justifying it as being for the other party’s own good. 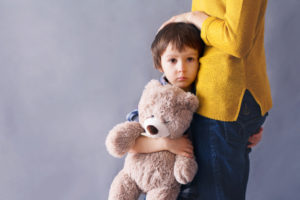 But even with a “You’ll thank me for this someday,” by any other name it doesn’t do much for family relationships right now.

If we want to raise well-disciplined children in the best sense of the word, why not move beyond “do as I say or else” and place more emphasis on self-discipline? They’ll thank you a lot sooner as they see results from doing the right thing on their own initiative, and they won’t grow up with a “follow the rules blindly” mindset that can cause all sorts of problems in the adult world.

Here are some ideas for practicing non-punitive discipline in your home:

Be a Good Example of a Self-Disciplined Person

If you grumble and growl your way out of bed every morning, facing the day’s responsibilities in obvious resentment at the imposition, your children will do the same. If you find excuses to procrastinate on your goals and chores, don’t be surprised when your kids leave homework for the last minute. If, on the other hand, you put in the effort to stay fit and healthy; if you keep your promises even when it proves hard; if you smile and focus on what you “get to” rather than “have to” do—your children will pick up those attitudes as the best way to live.

Focus on the Positive

Whatever you pay attention to is reinforced. Give at least four compliments for every correction. Never correct in obvious anger, and never, ever deliver a personal insult.

Keep Firm Rules to a Minimum

Don’t try to regulate everything like some government bureaucrat writing a new tax code. Leave room for taking initiative in everyday living. 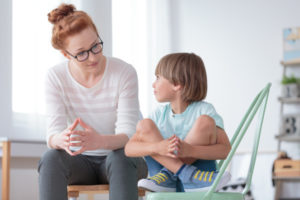 Use the “Logical Consequences” Approach

If your son ignores his promise to be responsible for feeding the new puppy, don’t do it yourself while grumbling silently, and don’t lecture or cut his allowance. Leave his place unset at the dinner table, and when he asks about it, remind him that somebody else is hungry.

Encourage Your Kids to Make Plans and Set Goals

Let them find their own paths and do their own trailbreaking. Encourage them to be their own best selves. You’ll all grow up happier for it!