You can help students believe in themselves, by believing in them. This post series focuses on ways to let your positive expectations show.

Most adults find “thank you” easier to say to children than “please”—but still, the simple politeness of acknowledging thoughtful gestures is frequently neglected in today’s hurry-hurry world. As a teacher, you can set an example for your students by regularly taking opportunities to thank them.

“Thank You for Turning in Your Work”

Although many people consider it redundant to thank others for doing their obvious duty, it rarely hurts, and may make the day of a student who feels taken for granted. If someone does a particularly good job, a “thank you for putting in so much effort” goes over well, and encourages kids to keep doing their best. When everyone turns in assignments or a group cleanup is completed, say thank you to the class as a whole. 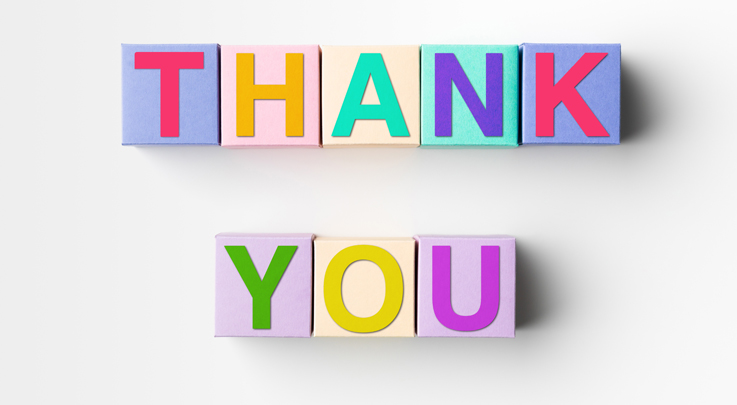 Be careful, however, about saying “thank you” in any way that might be interpreted as a sarcastic “Finished your work for once, I see.”

“Thank You for Holding the Door for Me”

Going beyond duty, in however small a manner, always rates a smile and thank-you. So does a verbal compliment. In most cases, the two little words are enough; some people ruin the effect by gushing over the “gentlemanly example” that’s been set, or by protesting that whatever brought on the compliment was nothing special.

“Thank You for the Gift”

If students bring you fruit or candy for Teacher Appreciation Day; if someone shows up with a gift card on your birthday or sends flowers for your anniversary—go the extra mile and don’t stop at thanking them face to face. Send real thank-you notes, handwritten and posted by snail mail, to tell them how much you appreciate their thinking of you. This custom is much neglected today, and no one on the receiving end soon forgets it.

It’s unlikely you’ll ever wind up thanking a student for saving your life or paying your mortgage at the eleventh hour; but it may happen that one of your kids decides, unprompted, to buy you a really expensive gift, organize a group to paint your house, or write a heartfelt letter of consolation after a death in your family. An extra-effort gesture of this degree merits a highly personalized, handwritten letter. (Not necessarily a long one; three-paragraph letters have a better record of being kept, reread, and treasured.)

One caveat. While gift-givers or special-effort-makers are still in your class, avoid making too big a deal of it: keep in-class mentions to one short acknowledgment. You don’t want to give anyone a reputation for being “teacher’s pet,” or encourage anyone to expect special favors unrelated to the thank-you incident.

But do make “thank you” a regular part of your vocabulary. And don’t be surprised if, sooner rather than later, someone sends you a thank-you letter for being a great teacher!